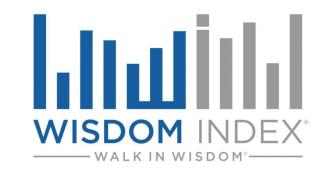 One of the most fundamental tenets of financial planning we faithfully apply in our work with our clients is to Plan for the Expected, and Prepare for the Unexpected. Our many years in practice have provided us with continuous reminders that life-unexpected happens with the potential to derail the best laid plans for the expected. So we feel compelled to pass those reminders onto our clients whenever a case arises that illustrates the importance of proper preparation.

Earlier this year, a 57-year old client passed away after an extended battle with cancer. As a long-time employee of a large utility company, he had amassed a fairly decent pension that would have paid him $2,210 a month through a single life annuity; or he and his wife could have received $1,960 a month through a 100% joint and survivor annuity. Alternatively, he was eligible for a lump sum benefit of $442,000 (assuming GATT of 3.28%). As with most pension plans, there were five other options available, however, these three are the more popular.

Had the expected occurred, and he retired as planned, he and his wife would have received the full value of the pension. Unfortunately, he died before he officially retired, so, as an active employee, his spousal benefits were reduced. Consequently, instead of receiving $1,960 a month or a $442,000 lump sum upon his death, the widow was left with a choice of receiving $1,320 through a single life annuity or a lump sum of $263,000 – approximately 40% less. The unexpected had the potential to force the widow to substantially reduce her lifestyle.

Preparation as a Solution in Waiting

The very first question the widow may have asked herself is “why did my husband continue to stay on the payroll when he could have taken early retirement and received his full eligible pension?” But she didn’t have to; because her husband did prepare for the unexpected by buying sufficient life insurance. In preparing for this contingency he had purchased life insurance equivalent to three times his salary, which was enough to offset the 40% reduction in pension benefits.

Had he not done the pension planning and purchased the life insurance, his wife would have had to bear the hardship of less income. And, if he had become incapacitated by his illness, she would have found herself spending the last days of his life immersed in a costly legal process to establish guardianship in order to “retire” her husband. No one would want that for their loved ones, but then the unprepared wouldn’t have a choice.

In this particular case, the life insurance turned out to be the best possible solution. Not only did it handily fill the income gap, the proceeds received by the widow are tax free. And if she converts the proceeds to an income annuity, a significant portion of the income payment will be a return of principal which is tax free as well. The income or lump sum benefit from a pension are fully taxable, and unlike life insurance proceeds which can be arranged to provide a legacy for children, pension benefits stop altogether after the second death.

Pension planning needs to go beyond the basic pension options to consider a larger strategy that offers protection against the unexpected, as well as the opportunity to maximize your retirement income.